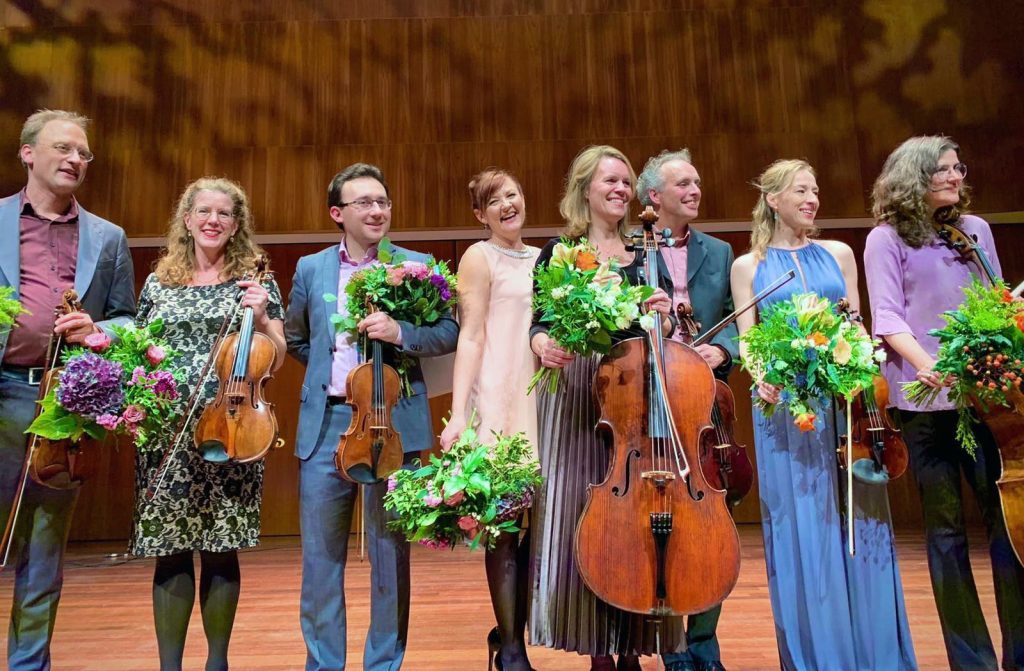 Two concertmasters, two first violinists, two violists and two cellists from the Radio Philharmonic Orchestra joined forces in 2016 and have since formed the only permanent string octet in the Netherlands: ROctet. In addition to perhaps the most beloved octet ever written, that of Felix Mendelssohn, we are introduced to the wonderful music of Woldemar Bargiel (1828-1897), contemporary and brother-in-law of Robert Schumann. 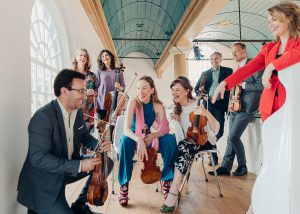 the octet of strings 'ROctet' will hold a concert within the 'migrations'programme arch in the City Concert Hall on February 24† The concert starts at 8 pm, and the audience will have a chance to hear works by N. Afanasyev,  Carlos Michans and F. Mendelssohn.

ROctet is an octet of strings from the Netherlands that originated in 2016. Composed of the leading strings of the Netherlands Radio Philharmonic Orchestra, this energetic ensemble has held many brilliant concerts in various concert series and performed live on radio and TV. Their debut CD 'Housewarming' was released by Challenge Records International.

The CD has received notable attention from leading Dutch media. Two radio stations in the Netherlands named it Album of the Week, and it received a 5-star review in the TROUW newspaper. In the January 2020 issue, an interview with ROctet appeared in the prominent classical music magazine Luister, where shortly afterwards the CD received a 10-star review. With the wonderful reviews that appeared in the French Diapason and the American Music Guide magazine, ROctet did not go unnoticed in the foreign press either, thus the tradition of this wonderful string formation remained alive.

Admission to the concert is free of charge.

The Sunday Morning Concert: The Power of Eight

Mendelssohn and Afanasyev
The ROctet plays Mendelssohn's iconic Octet. 'Exuberant, cheering music from a 16-year-old who gets a vibrant, almost perfect performance here', says de Volkskrant. In addition to this audience favourite, an unknown work by the Russian Nikolai Afanashev, a nineteenth-century violin virtuoso, will be played. To be Double String Quartet has the subtitle Novoselye, which means 'housewarming'. A music festival full of energy and melancholy.

ROctet plays the most beautiful pieces from the octet repertoire by Afanasyev, Shostakovich and Mendelssohn.

Town hall concert: The influence of a teenager

The iconic string octet in E flat major (1825) by the then sixteen-year-old Mendelssohn had a major influence on composers after him. For example on the Danish Niels Gade, who succeeded Mendelssohn as conductor of the Gewandhausorchester. 50 years after Mendelssohn, the Russian composer Nikolay Afanasyev also wrote a string octet (1875).

Felix Mendelssohn's octet, written when he was 16, is a kind of violin concerto in small ensemble, with a natural star role for the first violin. An almost fairytale haze hangs over the string sounds. And it makes happy. Viola player Frank Brakkee says: 'Mendelssohn's music makes you feel ten years younger. It has youthful freshness, full of energy, excitement and beautiful melodies. Mendelssohn does that very well. If you're depressed for a moment, listen to Mendelssohn and you'll be able to take it again.'